FAQ: What Happens When You Mix CBD and Alcohol? 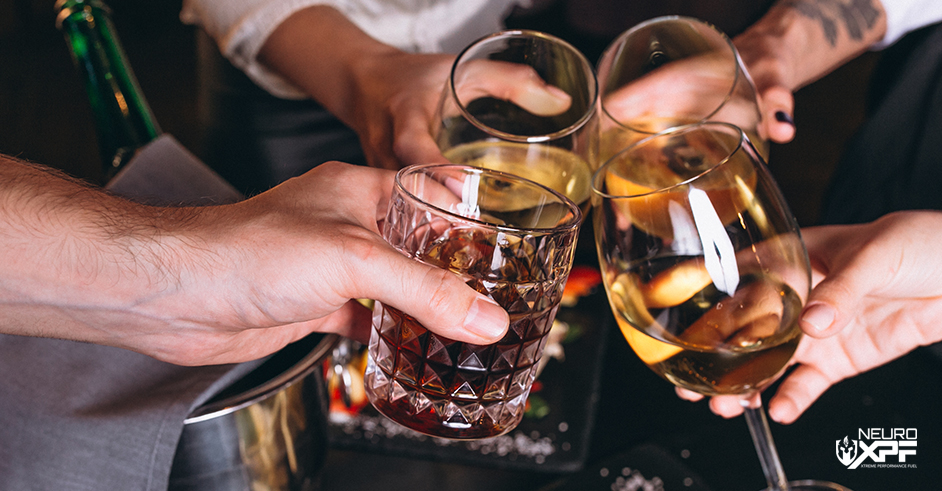 There are, realistically, two types of substances in the world: those that are good for you and those that are bad for you. Interestingly enough, not everything bad for you is illegal for consumption, whereas some good things went through periods of illegality.

For example, despite its history of being belittled, CBD is a substance that has grown to be beneficial for the human condition and sees widespread use as a health supplement. Conversely, alcohol has been widely available for years and presents a health risk with minimal benefit.

However, both substances are now legal for use in some capacity. CBD is only legal for medicinal use rather than recreational use, whereas alcohol can be consumed recreationally. That said, there are concerns about the effects these substances can have when consumed in tandem. With this article, we hope to provide some helpful information about what you can expect when mixing CBD with alcohol.

One of the reasons CBD has such a checkered past is that people associate it with marijuana, another derivative of cannabis plants. Marijuana was frequently abused for its psychoactive effects, leading to intoxication for the user. However, the psychoactive compound in marijuana, tetrahydrocannabinol (THC), is not present in high enough concentrations for CBD products to produce the same effect.

On its own, CBD will not be able to cause any intoxicating effects and will leave you in control of your faculties. Without sufficient THC concentrations, you would need to consume more than your weight in CBD even to come close.

Unfortunately, when you mix CBD with alcohol, things get a little more complicated. CBD and alcohol relax the human nervous system and keep you in a relaxed state. The main difference is that alcohol can lead to intoxication whereas CBD does not, but CBD’s effect on relaxing you can be a little too effective for those who consume alcohol. Specifically, there have been some studies into the effects of mixing CBD and alcohol together that imply that CBD can exacerbate inebriation via alcohol. 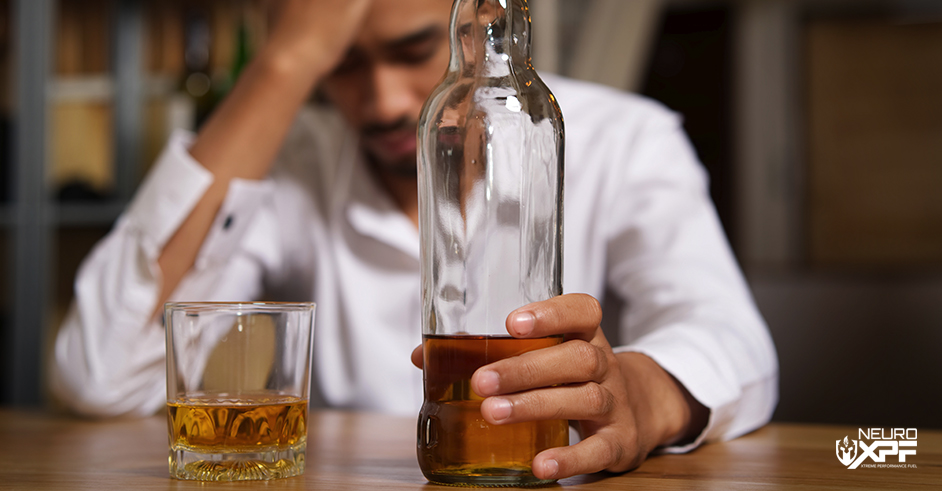 The study mentioned above was published in 1979 but remains reputable. The study’s results found that the subjects who took CBD alongside alcohol exhibited the same level of intoxication as those who drank the alcohol alone. However, those who were also taking CBD had a lower blood alcohol content in comparison.

This can indicate that the CBD relaxed the subjects’ systems to the point that even those drinking less alcohol exhibited the same level of intoxication by allowing the alcohol to travel more effectively through them.

While there were no intoxicating effects from the CBD itself, the CBD made it easier for alcohol to intoxicate them. Therefore, mixing alcohol with CBD can make it difficult to maintain your faculties.

CBD Could Mitigate Your Appetite For Alcohol

While CBD can exacerbate your level of intoxication from alcohol, it might yet serve as a tool for the better, even when mixed with alcohol. There is some evidence that CBD can be used to reduce your desire to drink alcohol in excess, therefore making your consumption a little healthier than it would be otherwise.

This can be accomplished by taking advantage of the fact that you get the desired “buzz” associated with alcohol intake much quicker and with less of it when CBD is introduced into your system simultaneously.

Obviously, the sooner you begin feeling the effects of alcohol, the less you end up drinking overall. So, with a lower blood alcohol content, being able to produce higher levels of intoxication can help you avoid suffering from alcohol poisoning due to binge drinking to feel the effects. However, this is obviously not the most desirable result for some. Rather, there is evidence that CBD can be used to wean yourself off alcohol entirely. 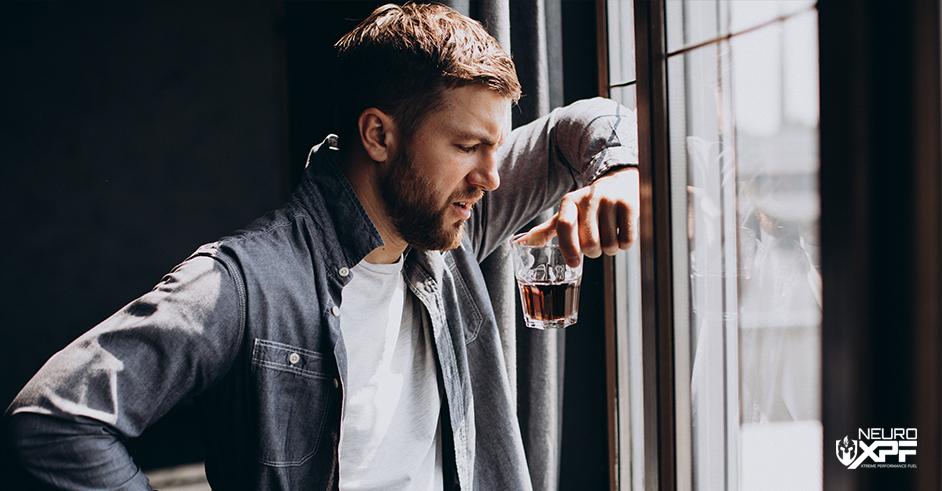 There have been animal studies conducted that found that CBD can mitigate withdrawal symptoms and other traits of addiction. Given the addictive traits associated with alcohol, CBD becomes a very useful tool. One specific study evaluated the intake of alcohol in rats and then used CBD to track the behavior of the addicted rodents. The results found that CBD reduced relapse rates and diminished their desire to consume alcohol.

This particular benefit is not directly tied to mixing the two substances, but taking CBD after consuming alcohol can help reduce the overall amount you wind up drinking.

Regular consumption of alcohol can have serious consequences health-wise. The more you drink, the more stress you put on essential organs like your liver. The more you drink, the harder it gets for these organs to do their job and the likelier they are to fail. It is no secret that having an organ fail, especially one as vital as the liver, is not something you want to experience. However, there is evidence that CBD can help protect your body to a small degree.

One study on rats involved the application of CBD gel to their skin after the rats had consumed a significant amount of alcohol. The result saw the damage to the rats’ brain cells induced by the alcohol reduced by 49%. 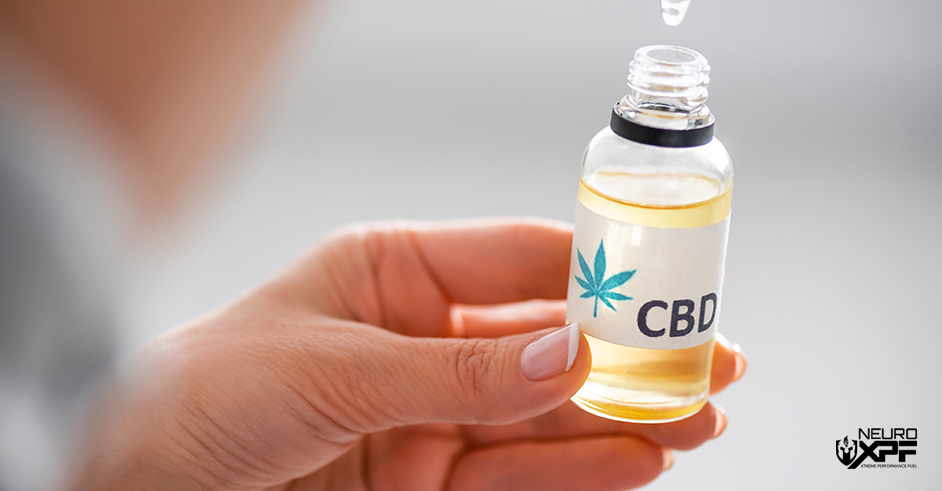 A similar study saw CBD injections on mice who were also made to consume alcohol. This time, though, the injections were used to treat fatty liver disease that manifested due to alcohol consumption. The CBD increased the process that regenerates tissue and produces new cells in the body, which mitigated the symptoms of liver disease.

The biggest problem with these particular studies is that they apply to animals rather than humans. Thus far, no corresponding human trials have been conducted to see if the results will cross the species barrier. However, even animal trials can serve as promising evidence of the viability of products like CBD in treating the effects of alcohol on the human body.

Are There Adverse Effects?

This is not to say that it is not being investigated at all. There is some limited research being conducted to try and determine if the simultaneous consumption of CBD and alcohol poses a threat to our overall health.

As it stands, the lack of research has made it difficult to determine this with any level of certainty or accuracy. The research that is being done is also designed to determine the effects when consuming large quantities of alcohol rather than sporadically having a few drinks with your CBD supplements. Therefore, there is no official data about the potential negative effects associated with the consumption of CBD and alcohol in the same instance. 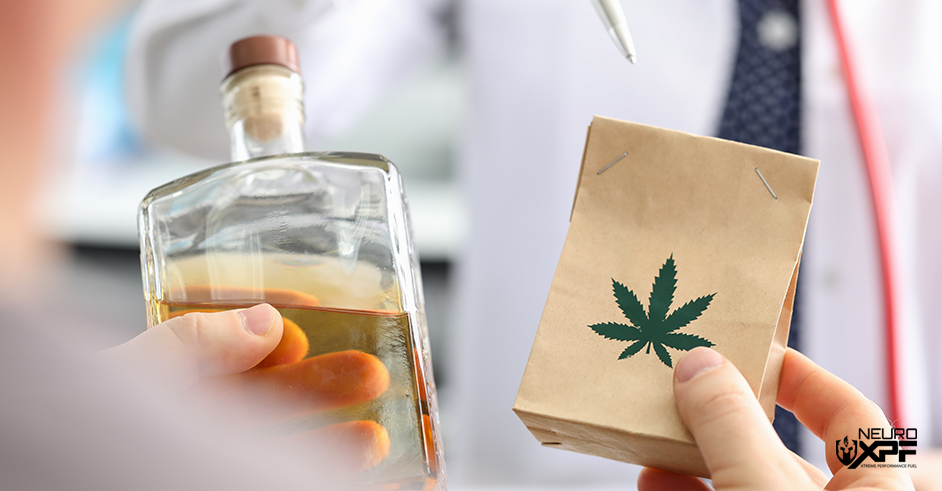 The only accurate advice that can be given about this is the unofficial tip to avoid doing so until there is more information to cite. If you are planning to mix them to take advantage of CBD’s mitigating effects on addiction and its ability to minimize the number of drinks needed to feel the effects, then do so slowly without going too heavy right away. Test your tolerance for both substances and escalate slowly until you find a happy balance.

Aside from this, the only other advice is not to drink too heavily as alcohol will always be bad for your health, regardless of what else you take.

CBD in and of itself lacks any significant side effects beyond some basic discomfort at overly high doses. These tend to include dry mouth, diarrhea, and fatigue. That being said, these side effects are rare and only manifest if you take too much CBD in a single sitting. Otherwise, you should be perfectly safe.

When it comes to alcohol, we have already covered the major consequences of excessive drinking. While there is no proof the two interact significantly, doubling up on them might not be the most advisable course of action.

While not a significant detriment to one’s health, hangovers are one of the worst parts of alcohol consumption. When you have had one too many after a night on the town, you are more than a little likely to wake up the following day feeling like there was a monster truck rally in your head. While the studies on the exact safety of combining CBD with alcohol are unconfirmed, it might be able to minimize the chances of you waking up with a hangover the next day.

CBD is an antiemetic, meaning it can be used to reduce nausea and prevent vomiting. Both of these are common symptoms of a hangover, along with a splitting headache. However, CBD might be just the tool you need to fight off even those symptoms by keeping it on hand during your party.

That being said, it is important to be aware that hangovers are caused by dehydration induced by alcohol. So, while CBD can serve as a supplementary tool for fighting hangovers, it is nowhere near as effective as pacing your drinks between glasses of water. 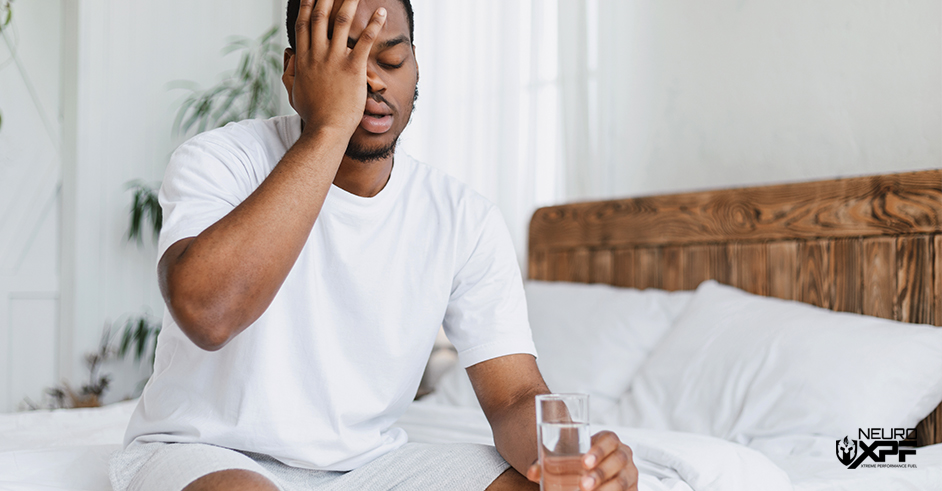 A 2011 study was conducted that corroborated the use of CBD in combatting headaches and migraines. So, while the CBD might not be able to rehydrate you and prevent the hangover entirely, you can use it after the fact to treat one of the more discomforting symptoms.

You might want to consider using CBD oil or a similar supplement to tend to the effects after you are done with your drinking. However, this once again requires you to take CBD after consuming alcohol rather than mixing them together. Therefore, it might seem irrelevant in the scheme of this article. Nonetheless, knowing as much as you can about how CBD interacts with alcohol can serve as a highly effective tool for determining when you should take advantage of its benefits.

Alcohol and CBD are two very distinct substances that can accomplish remarkably similar effects in relaxing your body. The only caveat is that one is much worse for your overall health than the other is. This is because the overconsumption of alcohol can lead to issues and complications you are better off avoiding. At the same time, CBD can offer a broader range of benefits without inducing significant health issues or side effects that might negatively affect your overall health.

The consensus is that it is probably in your best interest to avoid doing so when it comes to mixing them. Rather, use your CBD supplements after you have finished drinking for the night.

If you are eager to take advantage of the benefits CBD offers for those who enjoy the consumption of alcohol, you might be wondering where to find a reliable vendor. Ever since the legalization of CBD, countless dispensaries have popped up across the country that offer products that range in quality. If you want reliable CBD products with certificates of analysis attesting to their quality, we at Neuro XPF are here to assist. 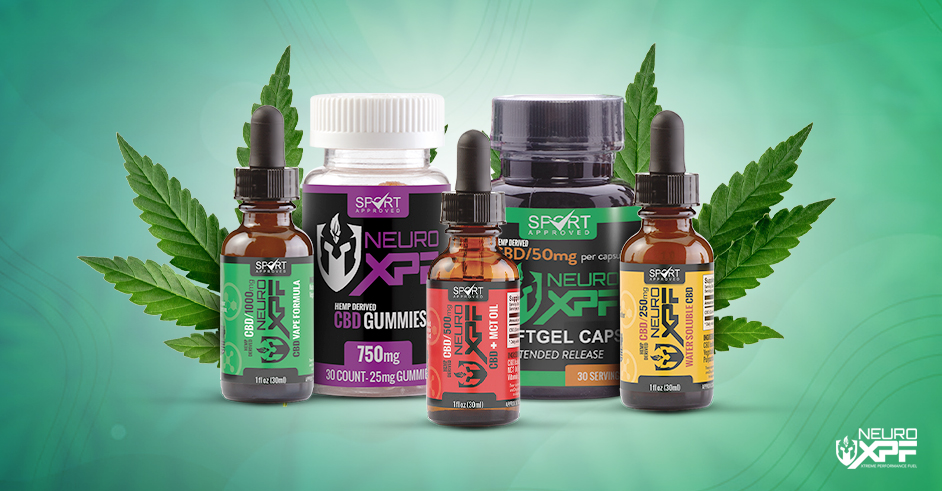 We offer an assortment of CBD supplements ranging from oil drops to edible gummies to vape fluid for your needs. So, check out our website today and x-perience the best CBD in the game.

Do you have any questions about CBD, or what can potentially happen if you mix it with alcohol? Was there anything mentioned in today’s article that you would like a little more clarification on? Do you perhaps have any questions about CBD, in general, or what it can do for you? If you answered yes to any of these questions, please feel free to drop us a line at any time! We would absolutely love to assist you on your CBD journey to the best of our ability! You can find our contact information right over here if you ever find the need for it! We greatly look forward to assisting you however we possibly can!